Our days in Armenia are quickly coming to end. Today was our last sight seeing trip before the weekend meetings begin. Hovnan, Araik's son joined us today to visit Sevan. ﻿﻿
﻿﻿﻿﻿﻿﻿﻿ 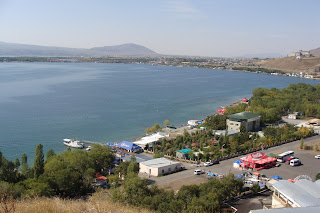 Sevan is in the Gegharkunik Province 66 km north-east of Yerevan. It is a popular summer resort in
Armenia. As well until 1934 it was known as Elenovka or Yelenovka, it was founded in 1842 by Russian schismatics.
One of the main features besides the beautiful blue Lake Sevan is the Sevanavank Monastery which can be dated to the 9th-10th century. The monastery is located on a high hill and the climb can leave you breathless but keep going until you reach the very top of the hill, it is worth the climb. 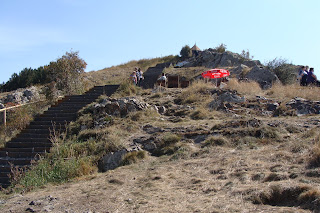 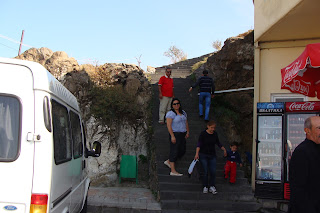 ﻿﻿
﻿﻿Initially the monastery was built on a small island and it was meant for the monk of Echmiadjin who had sinned. During the Stalin era they artificially drained Lake Sevan which dropped the water level about 20 metres and created a peninsula. With this came easy accesibility to the monastery which brought tourism to the town.

There are katchkars that are carved from local green stone and stand out amongst all the other katchkars which are made from tuff - volcanic ash.
This is one of the few active monasteries in Armenia and the altar one of the nicest in Armenia. 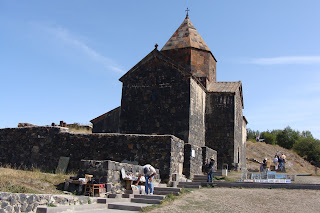 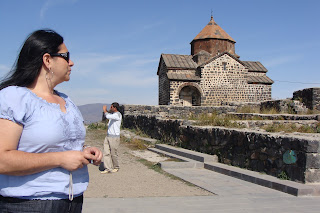 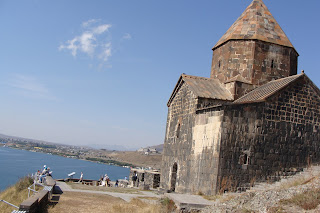 Now ever trip has a couple of special stories that put a smile on your face. On this day half way up the hill there was a young man who was selling his paintings. His work is amazing. I wish I could have bought everyone of them and brought them home instead I picked the one that stood out the most to me, a vibrant painting of three poppies. Dad also bought a painting of a red pomegranite for my sister. 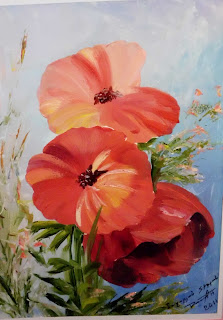 While we were chatting with the artist and looking through his work an older man (85 years old) came over with a traditional 'banjo' and started to sing for us. What a happy man he was. He will always remain with me.
The song in the last video is actually quite funny, there was a young couple watching him and at this point in the song is says "you are young and in love and one day you will be old and in love with someone else". BAH HA HA... sorry but I laugh each time I watch this clip.
By the way, I Googled 'old man with banjo armenia' guess who showed up? He's famous!
NOTE: I corrected the spelling of Arayik's name to Araik. He spells it without a 'Y'.